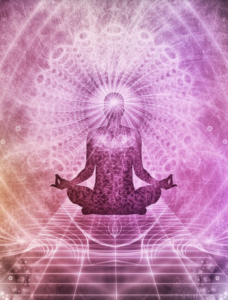 For almost two decades now, I have been on a journey to understand what comes next in the grand human enterprise. I started out in a mindset superficially similar to that of most people I encounter—assuming that we would innovate our way into a future that became ever better: less poverty and hunger; greater conveniences; a probable space future—fingers crossed.

But the more I dug into the details, the more concerned I became that such a grand vision is an illusion built on top of a highly anomalous period in human history when we over-exploited finite resources on Earth in a one-time bonanza—using those resources to access remaining resources ever faster in an accelerating cycle. I constantly sought reassurance as to what I had wrong about this picture, but found little solace. Those who tried to ease my mind spoke in vague praise of human capabilities and pointed to the arc of history as a reliable pattern by which to understand the future. I did not get the impression that they had confronted my specific concerns and had a blueprint for how to navigate past the pile-up of global-scale problems and irreversible consumption of our inheritance.

Lately, as I meet other academics (via PLAN) who have come to similar conclusions (sober, deep, and careful thinkers, I find), a frequent question that arises is: how can something that seems so obvious to us be dismissed by so many others? What are we missing? Or what are they missing? Why is it so hard to reach common ground? Where is the disconnect?

An answer—or at least a partial one—is beginning to resolve itself in my head. Previously, I tended to focus on growth and ecological overshoot as the most important “upstream” factors impacting our complex civilization on our road to an uncertain future, while issues like climate change and political/social considerations are downstream effects (symptoms) that will not get solved without first addressing root causes (the underlying disease). But maybe I have stumbled onto something even more foundational—the headwaters (pathogen), if you will—and am starting to pinpoint why our peril is so hard to grasp.

I already gave away the big secret in the title. And it may not seem particularly profound. Perhaps not, but bear with me.

Most belief systems in the world today cast humans as the prime actors. Monotheistic gods (amusing to make gods plural in this context, don’t you think?) seem to consider humans as a primary concern, which is very flattering. For these religions, the world was created for us. Buddhism concerns itself with freedom from human suffering (enlightenment). In secular circles, humanism stresses the sanctity of human life, freedom, rights, and agency. Blends are also possible: many Americans hold both Christian and humanist beliefs. Political/economic ideologies, whether capitalist, socialist, or communist are essentially various flavors of humanist belief systems. Even Nazis could be described as evolutionary humanists.

Perhaps this is not surprising or particularly deep. Political regimes necessarily concern themselves with humans and their well being.

The trouble starts when these human-centric frameworks are extended to non-human realms—which, let’s face it, is pretty much everything. By almost any physical measure in the universe, humans are insignificant: mere specks on a larger speck moving around a luminous speck within a smudge of a galaxy among many billions of other smudges.

In high school, when reading a news update in Sky & Telescope magazine about a supernova in a “nearby” galaxy 65 million light years away, I realized that my interests extended well beyond humanity, and that this news item would be about the only piece of news we would share in common with some other civilization elsewhere in our galaxy. Since then, I periodically scan more typical magazines, finding that most deal with human affairs: images within them are dominated by humans or their creations. Take a look sometime, through this lens.

Meanwhile, we live on a biophysical planet governed by physical laws that exist without the consent of humans, and would be the same with or without us. Yet our conceit is that the artificial world of human constructs is the one true reality—or at least the most important one.

It is the rare individual in the modern world who does not consciously or subconsciously believe in human primacy. Ask someone what their chief concern is: what they care most about; what they would fix if they could. How many times out of ten (or do we need to go to 100?) would the answer be human-centered? Poverty, hunger, justice, inequality, jobs, health, family, economic security, tribalism, wrong-number dialers—the list goes on. This is a signal that humanity is pretty self-centered.

That’s okay: it’s understandable, or even expected for any species. Why would evolution have resulted in anything different? Unlike other species, though, we have acquired the power to destroy whole ecosystems, and that has consequences. This combination of traits is a match not made in heaven, and may prove to be one of evolution’s many (but costlier) mistakes.

Given our self-centered nature, it is no wonder that we collectively neglect the broader menagerie of life on this planet. We do not prioritize nature above ourselves, and are likely to pay the ultimate price for our selfishness as we compromise the very substrate on which we—and other species—ultimately depend.

But more broadly, this phenomenon may help explain why messages of warning about overshoot and potential collapse fall on deaf ears. Overshoot implies that we don’t have all the answers, that we can screw up big time, that nature can smack us down, and that all the king’s horses and all the king’s men (i.e., technology) aren’t enough to realize our arbitrary dreams.

This is hard to accept for the human exceptionalist, who views humans as having a special role on the planet—whether as masters or stewards. This view—perhaps not explicitly acknowledged—holds that we have effectively transcended biophysical limits and have claimed dominion over all of nature. Moreover, this exaltation of ourselves—combined with an impressive recent track record, I’ll admit—leads to a nearly unshakeable faith in technology and innovation: humans solve problems, we tell ourselves. The current crises are no different. Sure, the danger is real, but only if we stop trying to solve the problem…which of course we won’t do.

Faith in the future has been a fundamental requirement for the modern age to function. Investment, fractional reserve banking, and pension plans—among many other things—are predicated on the notion that tomorrow will be bigger than today. It is hard to shake off a central tenet that has proven itself to be true for many consecutive generations—especially when so much rides on it.

Taking the overshoot message seriously is much more likely if a person:

This is a tall order, in today’s world. The overshoot message creates instant dissonance and reflexive rejection. Ipecac!

On the plus side, many of these tendencies are not necessarily baked into human DNA. These beliefs have not been constants of human cultures across the ages. We are capable of new (or old) mental models of ourselves and our relation to the world in which we live.

I can imagine various horrified over-reactions to the suggestion that we place too much value on human life. Am I for murder, then? Genocide? Just how monstrous am I? I might even be an atheist, the way I’m talking! Easy there, partner.

First, of course I’m an atheist, silly goose. This means I follow a well-thought moral code religiously, because it is very personal and meaningful to me—having deeply understood why I follow it; not because someone wearing a robe told me I should. But genocide? Come, now. Wiping out large numbers of any species is reprehensible to me.

A common reaction to talk of overpopulation is “who, precisely, do you propose to eliminate?” To me, this flags a humanist: each life is sacred, and the insinuation that even one individual is too many rings the alarm bells. While I think human population has climbed well above comfortable long-term carrying capacity, we need not panic and eliminate the excess! We simply aim lower and accept that we’ve overdone things, allowing a natural adjustment, while taking care of the people already with us.

But we need to figure out how to do so not at the expense of the rest of the planet. Decisions need to move beyond “what’s good for us in the short term?” Give nature a voice: how would nature vote on an issue? Can we find a balance? Since we’ve left nature out of the last million or so human decisions, maybe it should get a few turns now?

In a strange sense, I only care about these issues because I do value humanity, and celebrate some of our accomplishments. I want to see our best discoveries preserved for eons. So I’m all for having lots of humans on the planet through the ages, just not all at once. We’ve overfilled the lifeboat, and risk its foundering. Our present course may, in fact, minimize the total human footprint on the planet in the long term!

Human exceptionalism, then, is ironically about the worst curse you could cast on the human race: practically assuring a hubristic overreach and collapse. Some attitudes that would help us better navigate our tricky future are:

If we are to succeed, it seems we need to first come off our high horse. Now: how do we accomplish this feat of psychological counseling on a grand scale?