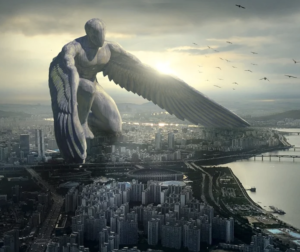 I recently watched a Netflix documentary series about fundamentalist Mormons, exposing along the way a number of beliefs that seem bizarre from the outside, but that are accepted as perfectly normal within their insular community. Though the term “cult” is not used in the series, it is hard not to see the sect in this light. It would be nearly impossible to convince any one of its members that they are deeply in error, in part because doing so threatens the salvation that has been dangled in front of them.  If they are pure enough in their faith, resisting external evils that try to knock them off the one true course, eternity is theirs. In today’s world, one need not look far to find other groups whose beliefs are at once bonkers and seemingly immune to attack.

Hearing the perspectives of ex-members of these cults never fails to be fascinating, providing a window into how they could have swallowed all the lies and goofy stories. Also important to know: it is possible to escape, and to suddenly see the magnitude of the deception. Once out, there’s no going back.

Cult beliefs look insane from the outside, so why don’t its adherents detect the lunacy? Why is it so hard to convince them of their folly? One possible answer—as a tangent—is that cults offer a deeply satisfying sense of identity, belonging, and (seemingly) unconditional acceptance/support within its community that we have otherwise lost in today’s society, but that in times past were central offerings of tribal life to which humans are intimately adapted. It is remarkable how quickly tribal cohesion instincts of mutual help resurface as soon as core elements of civilization (provision of food, water, electricity, for instance) fail in a natural disaster. We’ve still got it, underneath the veneer.

Leaving that for another time, let me now condemn myself in the court of civil opinion by making the charge that most people on Earth are members of a dangerous cult whose central beliefs seem every bit as bizarre to one who has escaped the thought prison, but that are seldom questioned and even fiercely defended. This post offers ten heretical statements that seem obvious to me, but tend to produce emotionally charged reactions by members of the cult of civilization. Watch yourself, now. END_OF_DOCUMENT_TOKEN_TO_BE_REPLACED