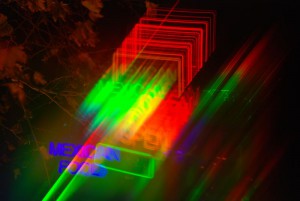 What do you get when you cross an astronomically-inclined physicist with concerns over energy efficiency in lighting? Spectra. Lots and lots of spectra. In this post, we’ll become familiar with spectral characterization of light, see example spectra of a number of household light sources, and I’ll even throw in some mind-blowing photos. In the process, we’ll evaluate just how efficient lighting could possibly be, along the way understanding something about the physiology of light perception and the definition of the increasingly ubiquitous lighting measure called the lumen. Buckle your physics seat-belt and prepare to think like a photon.

END_OF_DOCUMENT_TOKEN_TO_BE_REPLACED

[An updated treatment of this material appears in Chapter 2 of the Energy and Human Ambitions on a Finite Planet (free) textbook, and also forms the basis for a 2022 article in Nature Physics.] 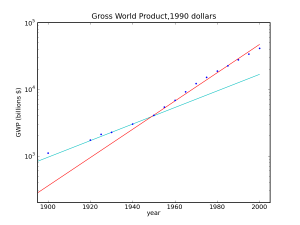 The difference between economic and energy growth can be split into efficiency gains—we extract more activity per unit of energy—and “everything else.” The latter category includes sectors of economic activity not directly tied to energy use. Loosely, this could be thought of as non-manufacturing activity: finance, real estate, innovation, and other aspects of the “service” economy. My focus, as a physicist, is to understand whether the impossibility of indefinite physical growth (i.e., in energy, food, manufacturing) means that economic growth in general is also fated to end or reverse. We’ll start with a close look at efficiency, then move on to talk about more spritely economic factors. END_OF_DOCUMENT_TOKEN_TO_BE_REPLACED